WHERE TO STAY
Key West offers a number of places to call home during your stay and there are 2 that I especially enjoyed. Both are in prime locations and provide exceptional service, modern amenities and comfort. The first is Casa Marina, located at 1500 Reynolds Street. Set along a private sandy beach, this lavish resort is close to the Southernmost Point landmark and is a brief stroll from the Hemingway House. The refined rooms offer free WiFi, flat screen TVs, minibars, and tea and coffee makers. Upgraded quarters add sitting areas and some have private balconies. Amenities include a steakhouse, rum bar, two outdoor pools and a spa.
A second option is Sunset Key Cottages, located at 245 Front Street. Situated on a private twenty seven acre island, this elegant oceanfront resort is a short boat ride from all the action in Old Town. Bright, one to four bedroom cottages feature complimentary WiFi, flat screen TVs, coffee makers and pillow top mattresses – as well as living and dining areas. Upgrades add ocean view balconies or patios and some have whirlpool tubs. Other perks include the fantastic Latitudes restaurant, a poolside bar, a spa and a beach. Plus, ferry transfers to and from Key West are on the house.
Key West has colorful characters, tropical breezes and laid back vibes. It treated me very well and I look forward to returning. 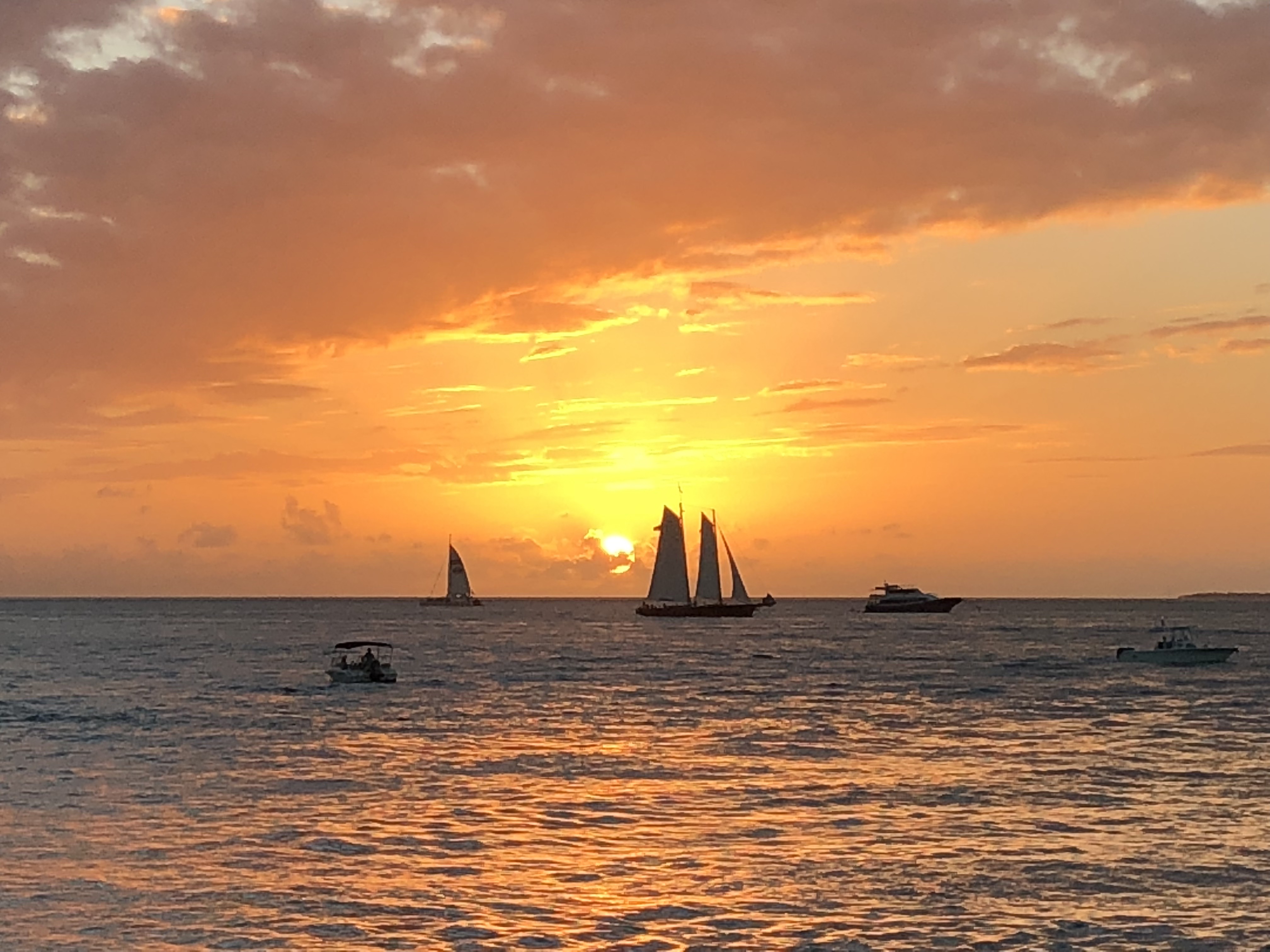